Sixty-year-old machines, bags full of cocoa beans and compostable wrappers filled with chocolate bars. Rodney and Enver have their own chocolate factory in Amsterdam-Noord, called Chocolatemakers. They make ‘real’ chocolate, all aspects in the production process are as sustainably as possible. Because, like Enver mentions: ‘If Mother Nature has created this wonderful product called cocoa, then we do our utmost to preserve it.’

That is why they ship their Trinitario cocoa from the Dominican Republic with the sailing ship the ‘Tres Hombres’. Since you only need man and wind power, in contrast to the polluting container ships that are normally used when transporting cocoa.

Every year tons of organic cocoa beans arrive in Amsterdam, destined for Chocolatemakers. The Tres Hombres is unloaded by dozens of volunteers, who bring the cocoa to the factory. By bakfiets, wheelbarrow or sometimes – by very tough men and women – with bare hands, completely emission-free.

In their small factory in Amsterdam, Chocolatemakers process the beans into the Tres Hombres bars, milk and dark chocolate. By adding sea salt or cacao nibs you can taste the voyage, the adventure. The bar is an ode to the ship, and to Mother Nature.

Rodney and Enver are independent chocolate makers, from ‘bean to bar’. This means that they do the entire process from bean to bar themselves, in contrast to other chocolate brands in the Netherlands. Chocolatemakers have brought this old craft back to the Netherlands. In the past there were many small chocolate factories in Amsterdam, where Van Houten once started. Nowadays, most chocolate comes from abroad.

Chocolatemakers use their chocolate bars to tell stories about the origin of the cocoa beans and the social purpose they are committing to. Rodney and Enver show that making chocolate can also be done differently! Take a piece of chocolate and let yourself be carried away by the sailing ship on its trip across the Atlantic. 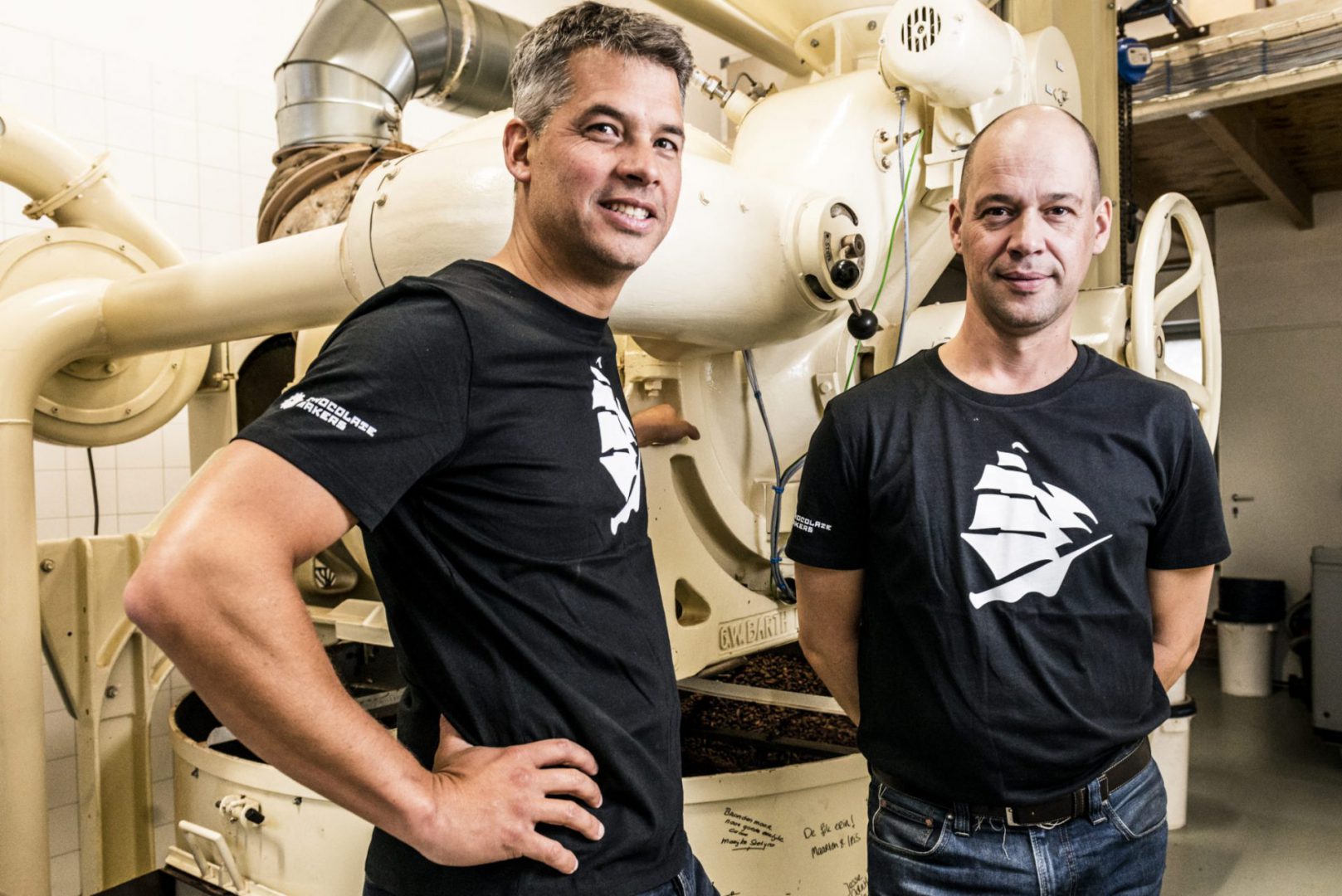