The cargo has arrived so get on deck – by Victoria

Red. Green. Blue. Pastell colors.
I think that was my first impression of Douarnenez when I arrived for the first time a few months ago in June.
The colors on the houses. I remember being quite impressed by the architecture, I still am, now that I am here again. Everything here seems so antique. Vintage. Large paintings on the walls, beautiful woods and cliffs, small shops, croissants, and fine little details on the windows.
I like the city. We have been here for almost a week now.
I am enjoying walking in the woods. I am enjoying walking in the streets.
All of Douarnenez seems like the tallest mountain to me, who, growing up in Denmark, is not used to mountains.

I´m enjoying the break from the nightwatches. I was woken up early two days ago though. It was dark.
It´s always dark at that hour, in October at least.
It was Guiseppe who woke me up.
He was using his British accent, which doesn´t really sound British, although it´s more convincing that when I try. “Goodmorning. The sun is shining, (which it wasn´t) the dolphins are singing, and mermaids are giving out sexual pleasures for free” That one wake-up call when you realize that you have been at sea for too long!
“Oh and one more thing. The cargo has arrived so get on deck”
Cargo.
The most important thing on board, the reason we are all here really. 27 barrels to be precise.
Some with wine in them and some are empty. We will fill them up with rum later. I like the barrels.
I like how old-fashioned it seems, going back to the roots of sailing cargo. It didn´t take long to get everything on board.

We were almost done before lunch time. It surprised me. I think it surprised a lot of people how smoothly it went.
We took a lot of pictures, pictures of the ship, pictures of the barrels pictures of us.
Pictures of the whole idea it would seem. The whole idea in one picture. A woman came up to me during our break.
She gave me a paper with two picures plastered on it, one of Douarnenez 100 years ago, and one that she took this morning. Both of the pictures had barrels in them. The paper hangs in the galley now.
It´s a bit crooked, but that is to be expected considering the fact that i was the one who put it there.
It was a nice day though. I was tired by the end of it, but it was a nice day.
We all went out in the evening. The
Tres Hombres and the Nordlys together. We all drank some spicy stuff out of a bottle with a skull painted on it.
I don´t know what it was, but it was amazing. f**ck my liver! It was a nice evening though. It was nice to be together.

We will be leaving Douarnenez soon now. In two days we will cast of the mooring lines and head towards La Palma, hopefully with fair winds and following seas. we`ll see. 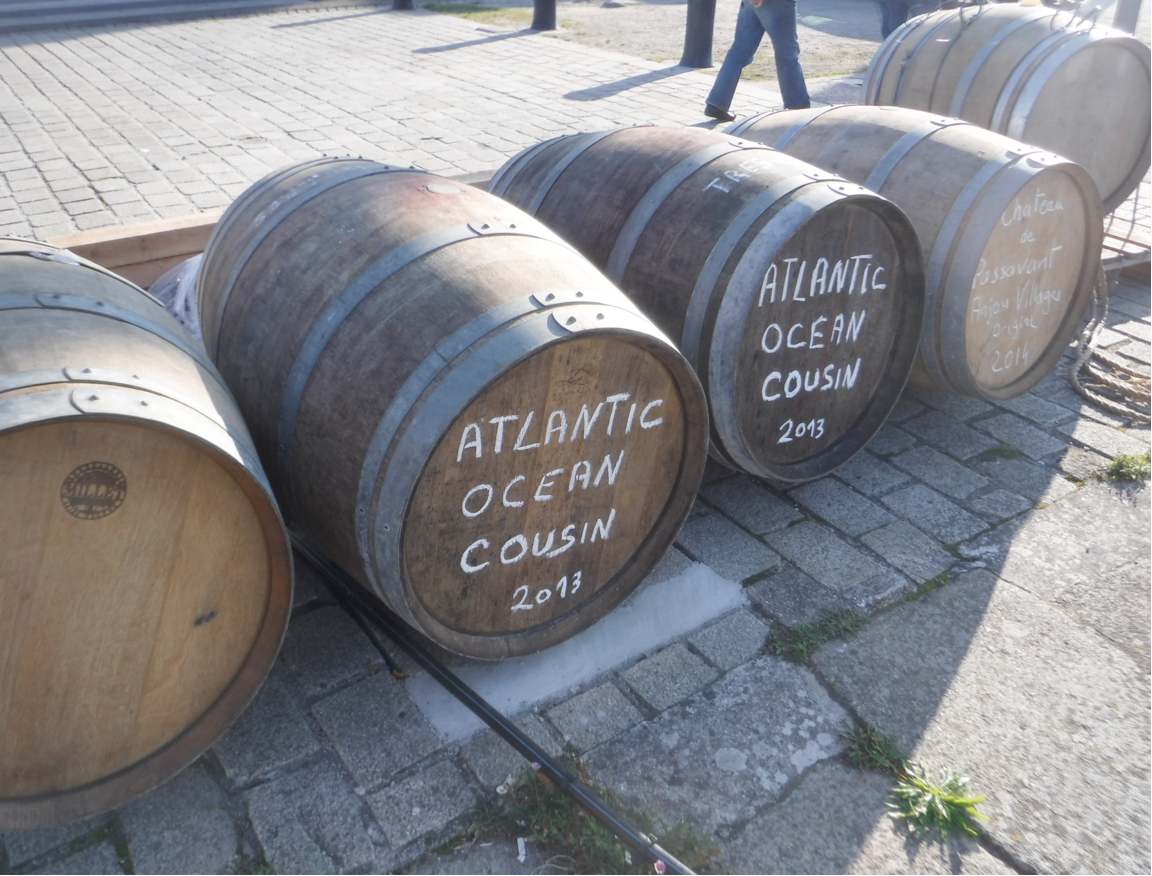 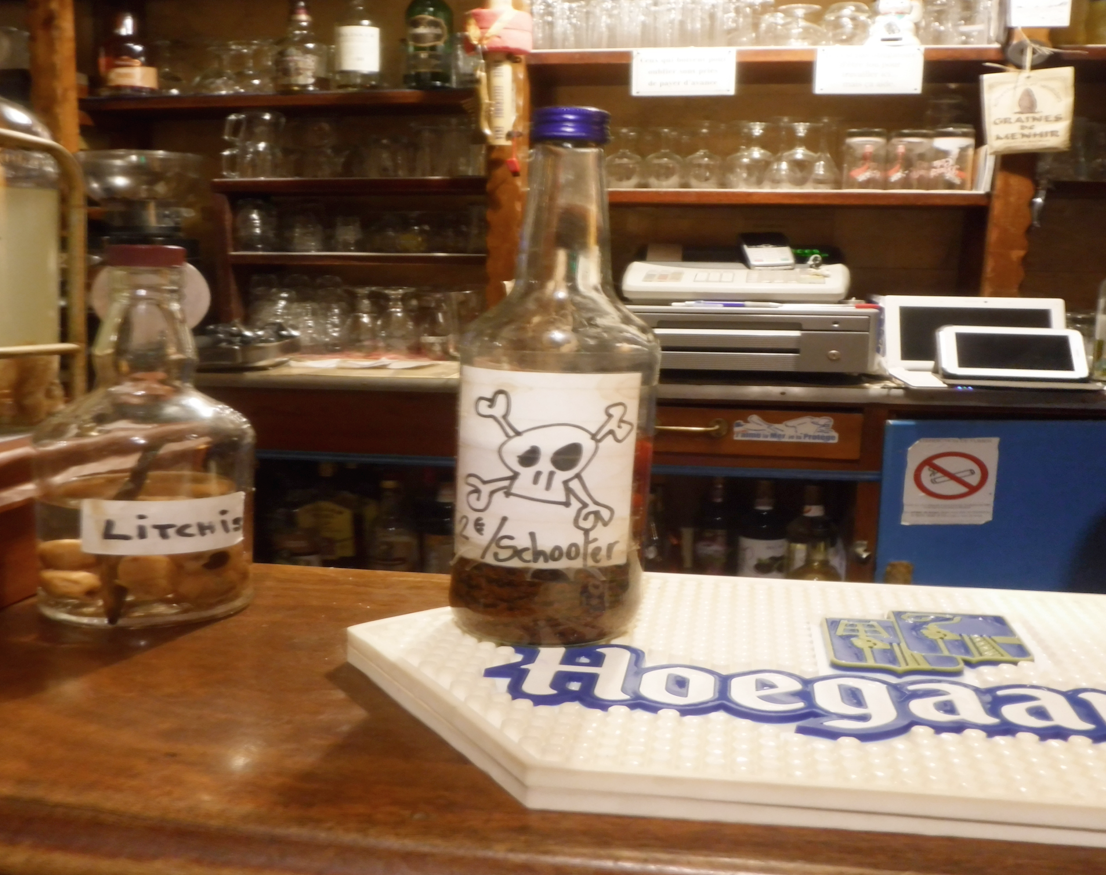