The good ship Tres Hombres is in the North Sea. I like it here, the waves are always around. no matter how little wind there is, you can always feel the ocean beneath you. Rocking, moving, up and down, from side to side. There is always something going on in the North Sea. and You can see everything here. There are no buildings or trees, no mountains nor any hills, no houses and no cities to obstruct the view. No neon lights at night, you can actually see the stars. All of them. When I look up at night I feel like the entire galaxy is open to me. Venus and Jupiter where almost perfectly aligned just a few days ago. We could see them all night, they where among the first lights to appear in the sky. And after them, came the red moon. Have you ever seen a real red moon my friend?  I have had family describing it for me in the past, but when people have spoken of a red moon, I always thought to myself: “so are we talking orange, or just more yellow than usual”, but no. red moon. Red as in dark crimson, blood, wine, red. We saw it rising in the horizon, ’till the clouds, and we saw as it appeared in it’s zenith above the clouds. I was on night watch from 12-04 am. I stepped on deck just before it appeared. Tell me, friend, is there a better place to watch a red moon rising than a tall ship? No sound of an engine, just the wind and the waves, the silhouettes of the sails and ropes being the only obstruction met. It was beautiful. I never thought to see such a sight. 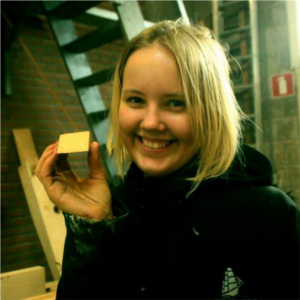