I caught it again this year, as we slipped our mooring in Willemsoord, Den Helder, and headed out for Den Helder lock and the open sea; that leaving feeling. It must be similar to what seafarers felt in the old days, pre-globalization and pre-internet, when leaving for an eight month’s voyage meant likely no news from home for the whole trip, no contact with the familiar ways and people and places. It’s like the wind over the ocean, that feeling, bracing and exhilerating and a little bit frightening. Awe-inspiring. It’s knowing that you don’t know what’s about to happen, but knowing that you’ll do your best to face it bravely. It’s like the moment before you jump from a high place into water. You take your courage as you find it and leap with all your heart, because a half-hearted leap is only a stumble.

Unlike those old sailors, I will have news from my friends and family for the next eight months, I will exchange emails and pictures and phone calls, keep up with what’s going on in my hometown, what changes and what remains the same. But I have cast off my lines from my land life, and headed out into the unknown, under bright stars and sun, through foggy days and rain-filled nights. I go with my whole heart, I hope, and all my courage, and whatever new horizon tomorrow brings I will keep my eyes as open as I can to see it. The lines are off. The ship is free. Who can say what will happen next?

Sail along with the Tres Hombres from rum destination to rum destination. Taste the delicious Tres Hombres Rum before it arrives in Europe next summer.
Cross the ocean and enjoy the wildlife of the Atlantic Ocean.
Jump into this great adventure … a once in a lifetime experience!
Sign on: 16th of December in Santa Cruz de la Palma to Barbados, 2460nm. Only two spots available for the quick decision makers.
For more info: http://fairtransport.eu/sail-along/ or email booking@fairtransport.nl 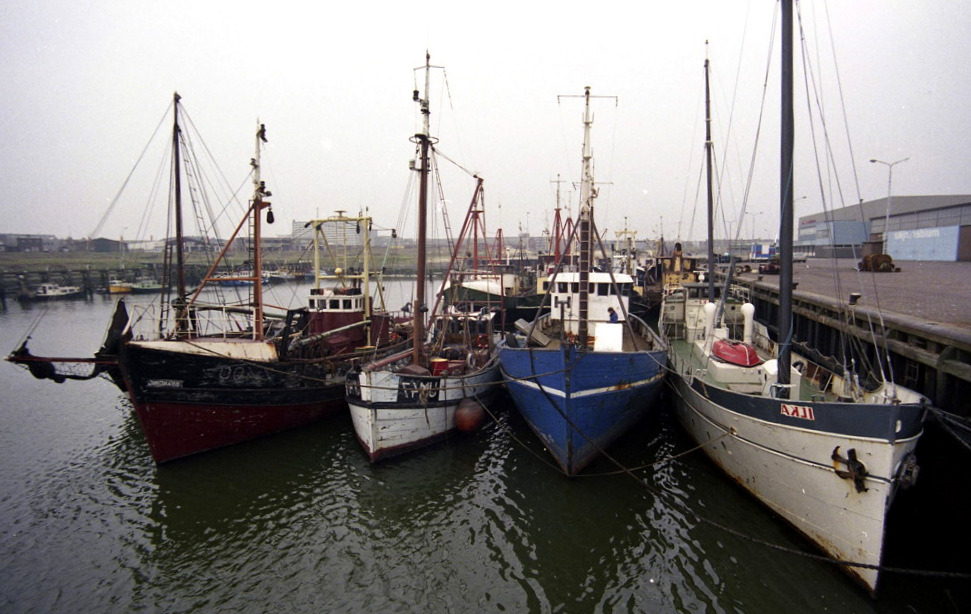 Nordlys blog: As we dance this handcrafted wooden ship

Sailing cargo with the Nordlys.
A happy crew on a happy ship.
We sail from the Netherlands to Portugal and England,
from France to Germany and Denmark.
Sometimes storm, sometimes calm, sometimes sun, sometimes rain.

“Une grande ballet” on the oceans waves.
The flow of air which makes us move.
As we are dancing away from and towards the land.
The sun and stars are shining above us in the sky.

As we dance this handcrafted wooden ship,
The natural wines, olive oil and flowers, are dancing with us overseas.
Products from the earth, natural grown and cared with love.

“Une grande ballet” of quality and taste.
As we farm the land, as we sail the ship.
Producers, transporters and consumers meet.
We are dancing the melodies of life,
during this precious time here on earth.

Thriving like a grapevine, an olive tree or a flower of life.
The planet earth is meant to thrive.
Let us follow her tunes and dance her melody,
and she will be prosperous for every soul.

Preparing to go to sea..

So while we are at sea again, I would like to explain a little bit about preparing a ship to go to sea. As you have read in the previous weblog, we have been at anchor for two weeks. I write: we, with that I really mean the ship and her crew, because personally I only joined the ship two days before setting sail. So really most preparations found place under the command of my predecessor, captain Fabian Klenner. So what does it entail? To explain in short: crew, ship and gear has to be ready for sea.

Most crewmembers have been for quite a few months on board. The core crew: mate, cook, deckhands and one of the trainees, has been on board since her departure from Den Helder last year. Of the core crew, most of them sailed before that on Tres Hombres, and of the other crewmembers some of them have. This means there is quite a bit of experience on board to built on. And under the command of Fabian, several safety drills where carried out to keep the crew up to high standards of seamanship. For me off course, being the one new on board, I had to familiarize myself with the capabilities of the crew. Because really, on a sailing vessel like this, it is not entirely the ship which defines her seaworthiness but it is more the crew itself which brings safety, continuity and comfortable sailing. To do this, I had a personal interview with each crewmember, to understand their previous experiences on board, find out about their capabilities and discuss ideas and wishes for the coming trip. Apart from that I had a lot of conversations with Fabian to discuss the management on board and learn about the things, he found out, which worked or did not work.

The ship has proved herself throughout the past ten years under the flag of Fairtransport, and many decades in all different roles under previous owners. This does not mean there is nothing to prepare on her. You can compare a traditional wooden square rigged sailing vessel, with her millions of parts, who are all subject to change, because of weather conditions, wear and tear and maintenance, almost to a living creature. Like any living being, she needs to breath (ventilation), drink (paint, linseed oil, tar) and eat (wood, steel, oakum, pitch, rope and wire) to survive. To make this possible every year she gets a thorough refit, mostly during a period of about a month, this past year it was three months. And also her crew is constantly supporting the life of their vessel with maintenance. Some things are more obvious than others. The standing rigging needs tarring, greasing and tuning. The running rigging, attention to protection for wear and tear, and constant replacing of her parts. The hull needs pumping, re caulking and painting. Here was one of the reasons to be anchored the previous weeks. Because on the voyage from Columbia, back to the Dominican republic, her hull had received quite a beating, which made her more leaky than considered wanted to continue. So repairs where carried out, with the final filling up of seams with a special putty I had taken along from Europe.

Then the gear, which is usually looked upon as the main focus to prepare a ship. All spares, tools, charts, nautical books, stores, drinking water and fuel needs to be on board or brought on board. Gear, like machinery, instruments and safety gear needs to be in working order. And everything, including cargo, needs to be stowed and lashed properly and in a seamanlike fashion. For all of this, on Tres Hombres, we make use of a pre-departure checklist. So again, before proceeding, our fine vessel was deemed healthy again to go to sea.