We arrived in the bay of Douarnenez before sunrise. Both port and starboard watches working together for the first time since we left Den Helder one week before. After a not so skillful dousing of the outer jib, the rest of the sail handling went smoothly as the crew worked together to bring Tres Hombres to rest at anchor outside the port, still under cover of darkness. Once we had established the anchor was secure spirits were high as we celebrated our first arrival in a new port, the first of many for the crew remaining on the whole voyage.

I volunteered to take first anchor watch along with Elyana as it was obvious the sunrise over the bay was going to be worth staying awake for. One of the best things about the voyage so far has been the appreciation of nature as entertainment; the night sky with minimal light pollution, near silence except the wind in the sails and waves on the bow, and if the watch falls correctly you can witness a sunset and a sunrise concurrently. A big difference to going to work in the dark and arriving home after sunset. As expected as the sun rose it cast a rainbow behind us in the opening of the bay, well worth the wait. However, this moment of peace didn’t last too long. Tres Hombres reputation precedes her and a group of somewhat over-enthusiastic  locals sailed out to greet us. After deterring a few good natured and more than slightly drunken attempts to board us it was time for bed.

Due to the weekend it was two more days until we were eventually moored in the museum harbor of Douarnenez. This location meant a lot of interest from local people and tourists and our open ship policy allowed an opportunity to practice my admittedly terrible French while showing people around. This time in port however was most valuable as a chance to practice climbing in the rigging and working far above the deck at the end of the square sail yards. While the height hasn’t yet bothered me, being familiar with handholds, footlines, and safety lines makes climbing at sea, while Tres Hombres is moving, a lot less daunting. We spent a further week in Douarnenez. This meant plenty of time for maintenance, bonding with the rest of the crew, and exploring the local area … and bars, but we were all itching to get sailing by the time the Captain said it was time to leave. It turns out there is actually a limit to the amount of Moules Frites I can eat before port gets tiresome and the sea beckons, something I wouldn’t have believed before this voyage. Some of the other trainees and I refreshed our memories of the lines and their function as the tug boats towed us back into the bay and with some not yet perfect but efficient hoisting of the sails we were once again underway and on to Madeira. 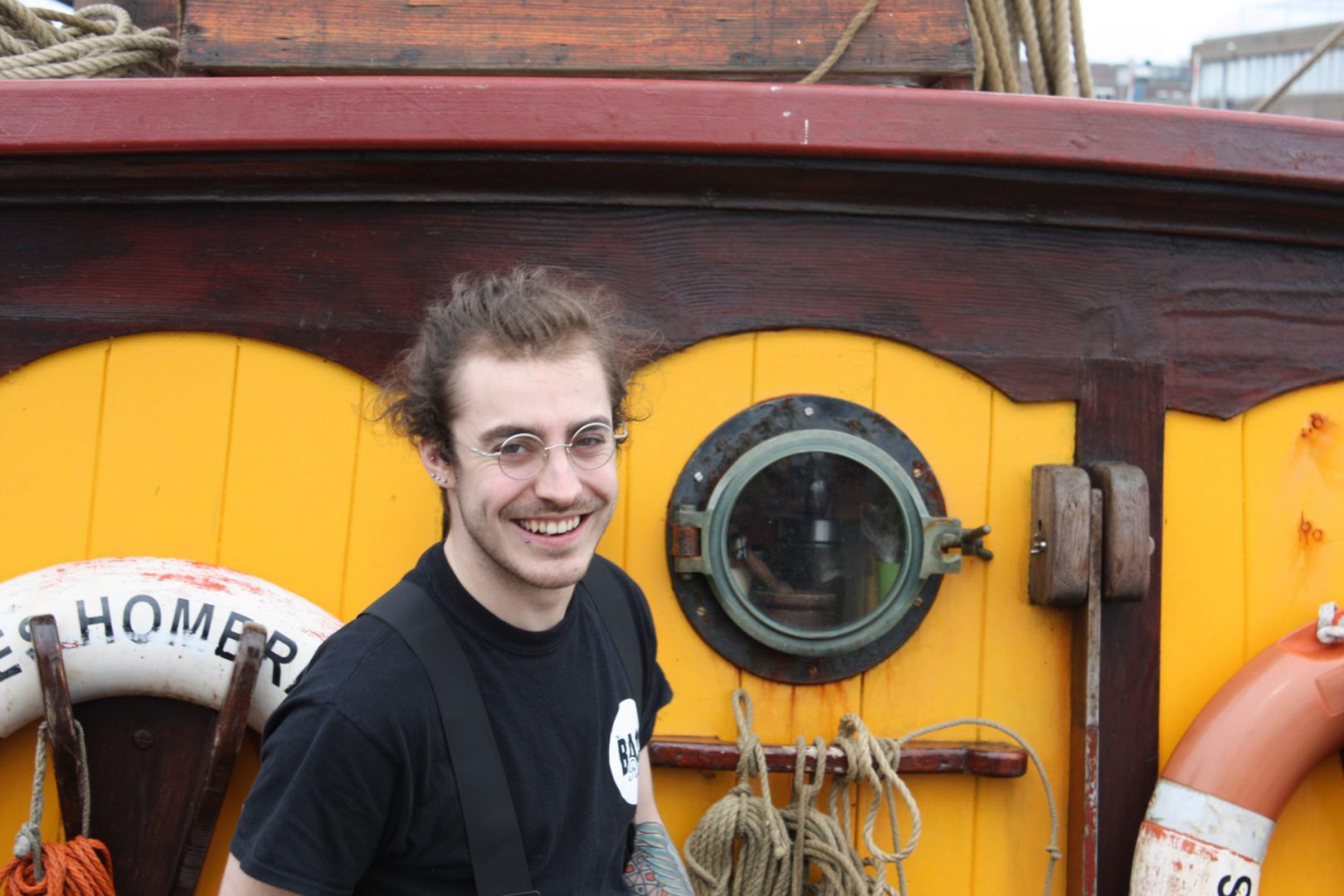